A new garden opens its doors in spring 2021 in Meung-sur-Loire: the Parc de la Folie Hubert! This 300-year-old park of 2 hectares, a true jewel of the 17th century mansion, offers a moment of botanical pleasure and discovery.

During your walk, you will discover many species, water basins fed by the Mauves, these small rivers that cross Meung-sur-Loire. The gardens also feature collections of Fuchsias, Orchids, Cacti, Mediterranean plants and a few surprises… Admire the surprising botanical and hybridized varieties and the favorites of the owners, true botanical enthusiasts. 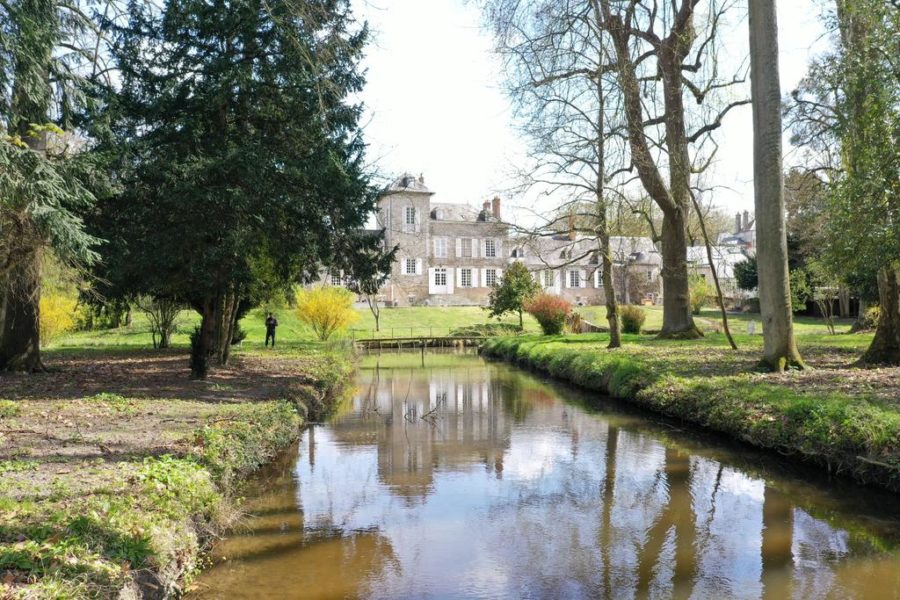 The story of Folie Hubert

The history of the Manoir de la Folie Hubert begins in 1692, when Cardinal Pierre-Armand du Cambout, Bishop of Orléans and Grand Aumonier of France, had a small discreet manor built.

Centuries passed and the glorious history of the «Folie Hubert» took a new turn when, in 1944, one of the American commanders of the allied forces fell in love with the estate and decided to settle there. Within its walls, the heroes of the Liberation… The commander’s children are born here and learn French while fishing in the Mauve, carving their words of love on the immense 300-year-old trees.

Raoul Rochette, a member of the Académie des Beaux-Arts, of which he became perpetual secretary general, was one of the illustrious owners of La Folie Hubert in 1830. He fell under the charm of the place and remained there until his death.

It is after this feeling of having to keep living this fabulous heritage of history that the owners, true lovers of botany, decided to open this Madness to the public. In 2020, 2 gites were offered for rent, and from spring 2021, the park and the plant collections will be offered for the visit.

➞ Want to discover another garden?

Our 3 tourist information offices are open! We are very happy to finally welcome you.
.
We look forward to seeing you again! Visit here to check our opening hours.