The Loire-side town of Meung-sur-Loire benefits from a privileged geographic position: to the north lies the agricultural region of Beauce and to the south starts the remarkable Sologne forest. Its historic centre is curled around the Collegiate Church, the Château, a medieval door referred to as “Porte d’Amont” and the Place Martroi, livened up every Sunday by a colourful market.

In Gallo-Roman times, the town was called Magdunum, a term meaning “fortified market” through a the presence of a fortress. Its inhabitants are called “Magdunois” and “Magdunoises”.

The medieval town offers its charm and elegance. Stroll through its old streets lined with half-timbered and stone houses and let the soft babble of the Mauves (small rivers crossing through the town) soothe you. The town has retained many classified ancient monuments.

The Château de Meung-sur-Loire is one of the largest and most ancient châteaux of the Loiret department and was once the prestigious residence of the Bishops of Orléans until the French Revolution.

The Cultural Centre of Meung-sur-Loire is named “La Monnaye” as a tribute to the function performed on this spot by the “Maison de la Monnaie” (money house) in the 17th century, where a copper coin, “Liards”, were minted. It is made up of three permanent exhibition spaces.

Two public gardens with the “Jardins Remarquables” label (remarkable gardens) are present in Meung-sur-Loire: the Jardins de Roquelin and the Jardin Arboretum d’Ilex. These green havens will offer you a true bucolic break and will not fail to surprise you!

These man-made streams extend over 42 km and cross through Meung-sur-Loire to drain into the Loire river, in Baule.

This park takes its name from the old gardens where vegetables used to be cultivated (“Courtils”) and the small rivers (“Les Mauves”) criss-crossed by many walkways. The northern part of the park is characterised by a wetland, comprising a willow and poplar forest. To the south, the Mauves converge into a single arm. There is also a reed bed, forming a good shelter and nesting place for the local fauna. The prairies are home to meliferous flora. Grazing sheep keep the grass coverage low and ensure a large diversity of insects. 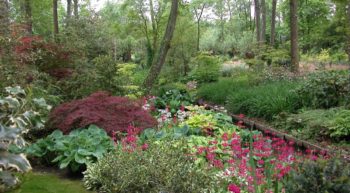 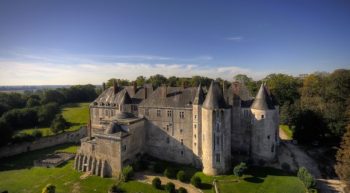 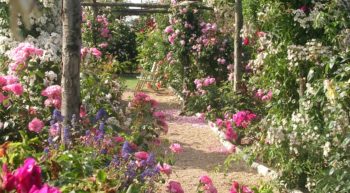 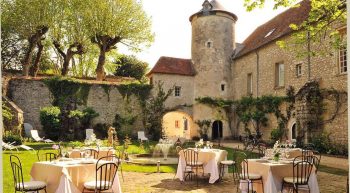 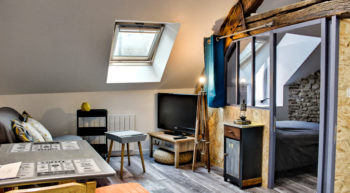